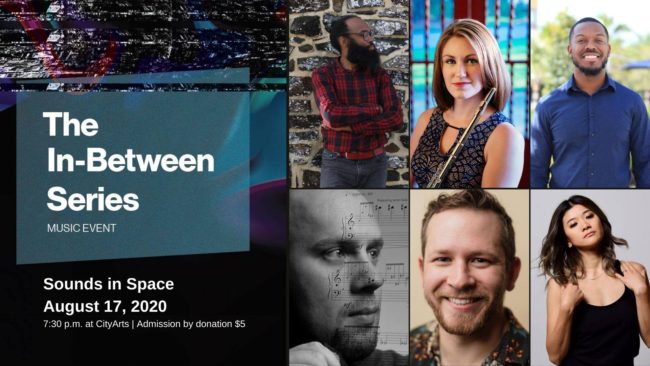 Join us for spatialized music in the most in-between In-Between series yet, literally held in the alley between CityArts and the Harp & Celt. A trio of musicians create soundscapes layered upon the sounds of the city. Featuring the United States premiere of “Just a Story,” by Erika Dohi, an Orlando premiere from composer Anthony R. Green, and recent works by Jordan Nobles.